Hull Trains will be running two further services to and from Cottingham and Beverley after approval was granted by the Office of Rail and Road.

The application was made for additional services after the train operating company experienced high levels of demand for these services from passengers. After a lengthy consultation process with key stakeholders, the approval has been granted.

Louise Mendham, Production Director at Hull Trains, said: “We are delighted that our application has been granted to provide additional services to and from both Beverley and Cottingham. Since we launched the first Beverley services in 2015, we have seen overwhelming levels of positive feedback from passengers and this has continued to increase demand for more of this service.

“This is an important step in helping to reduce the amount of cars on the road between Beverley and Hull and increasing connectivity in the region. Ultimately, this means greater access for the region to both Hull and London as the company does its part in boosting the local economy.”

The services will start on Monday 20th May 2019, with customers able to buy tickets soon. 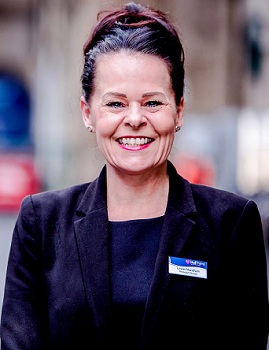 Graham Stuart MP, said: “Over recent months, I’ve met with Louise Cheeseman of Hull Trains on several occasions to discuss the future of rail travel in the area, and I welcome the news that two additional Hull Trains services will run to and from Beverley and Cottingham.”

“Good transport is essential to our quality of life, and the new services should reduce capacity on trains making journeys more comfortable as well as frequent. A well-connected regional transport network also drives economic growth, and the additional services are a small step towards building on this.”

Local Rail Development Consultant Dave Walford, reacted to the news, saying, “This is excellent news, not just for Hull Trains, but for the passengers across the East Riding, along with the boost it can give to local business and tourism. Beverley can market itself as an excellent short break for Londoners, while a further plus is the pressure this should take off Brough station.

“Many East Riding residents drive across the county to Brough station, rather than journeying into Hull centre. This will reduce road journeys around Hull and Brough, and release more parking places for commuters, at the rapidly expanding town.”

“Knowing how hard and complex it is to negotiate these extra train paths, I congratulate Hull Trains for their work in what will be a very exciting year for the open assess company, with the introduction of the new Hitachi 802 fleet of trains.”

Liebherr-Aerospace Receives "Supplier of the Year" Award from Boeing

Airbus Eyes Hydrogen Power for Airliner in Next Decade

Airbus Eyes Hydrogen Power for Airliner in Next Decade