For the past 40 years, through collaboration amongst the 10 member countries, namely, Brazil, USA, South Africa, Russia, Norway, Sweden, China, India, Australia, Canada, (with UIC as an associate member), IHHA has been dedicated to the pursuit of excellence in heavy haul railway operations, engineering, maintenance, and technology deployment. This is done through hosting technical conferences and specialist technical sessions, training workshops, and the publishing of text books on railway best practice.

A further activity of IHHA is benchmarking, where railways and rail authorities share non-competitive information on their respective pathways to success.  The premise is that all can learn from the experiences of the others, and that common elements in direction will drive down the costs of all heavy haul railways and improve their safety.

Throughout the global economic cycles, difficult economic conditions have forced the Heavy Haul operators around the world to concentrate on a drive to lower operating costs, boost productivity and drive efficiency through a range of innovations.

Many of these innovations are of a technical nature, which is perhaps only to be expected for organisations such as IHHA, with a long track record in engineering and technology.

Railways, specifically freight transporters, are key to the economic well-being of the countries. This involves transportation of bulk mining commodities such as Iron Ore, Coal, Manganese.

Carrying more freight in a single train has offered far-reaching benefits. Heavy Haul Railways are by far Competitive, Economical, Safe and environmentally friendly in as far as transporting bulk mining commodities over long distances. Operations stoppages and safety incidents such as derailments have a huge impact on Railways. 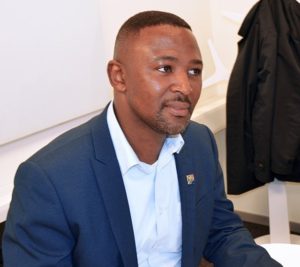 “Heavy Haulers had no other option but to collaborate under the umbrella of IHHA to address these challenges by deploying operational technology, investing in infrastructure renewal programmes, improve condition monitoring systems and apply strict maintenance and operations standards.” Said Scott Lovelace, CEO of IHHA.

Malmbanan (Riksgränsen-Luleå), the Swedish ore line, began in 1883 and considered the extreme northern climate and remote location. This involved the building of 25 tunnels and 125 bridges through rugged terrain characterised by numerous sharp curves and steep elevation changes. The Iron Ore Line is single track, electrified at 16,7 Hz in 1915. Unlike its global counterparts, the mining company LKAB neither owns nor manages the track infrastructure; these are under the control of two national railway authorities Trafikverket in Sweden, and Bane NOR in Norway.

Here in Nordic region, Iron Ore is railed through heavy trains of 30 ton per axle in one of the most challenging topographies in the world. Upgrading to 32,5 ton per axle started some years ago and will be completed in a near future. The Ore Line runs from Narvik on the coast of the Norwegian Sea, via Kiruna and Malmberget, to Luleå on the coast of the Gulf of Bothnia. Construction of the standard gauge rail line of Ofotbanen (Bjørnfjell – Narvik in Norway). In fact, the Ore Line and the Ofoten Line, are built in two periods, 1883-1889 and 1898-1902. The first period was «the English period», there the company went bankrupt. Then the Norwegian and Swedish state took over and finished the building of the line 1898-1902. Gällivare – Luleå opened in 1888. Luleå – Kiruna finished in 1899 and Kiruna – Narvik in 1902.

In Australia we are witnessing hauling of coal and iron ore with heavy trains of up to 40 ton per axle, and in South Africa, the longest production train in the world has a length of around 4 km per Iron ore train with 342 wagons. These are just examples of the results of effective collaboration that provides focused approach into operations improvements, underpinned by open sharing of best practice across countries and successful deployment of technology.

Heavy Haul Vision 2030 – Navigating through the 4th Industrial Revolution
As heavy haul community, what made us successful in the past might not guarantee our sustainability. There is a general scarcity of capital necessary to sustain the current operations, for new expansion projects and upgrade of the existing networks, whilst at the same time customers are demanding a better customer experience. The already made investment on deployed technologies, systems and assets needs to be fully integrated, optimized, and have an ability to communicate to each other about aspects such as condition of assets and control of operations. Achieving more from assets we already is a key focus of Heavy Haulers.

The 4th industrial revolution will change and transform how the freight service is provided. Already we hear of Rio Tinto in Australia transporting Iron Ore using driverless trains, we hear of the test of driverless trucks in a number of countries, etc. If railways are not proactive, and start to own their future, shape their future, they will become less competitive, be disrupted.

“It not a question of whether Railway operation will be disrupted, the question is when disruption will occur”, Dr. Cheryl Martins, WEF.

It is therefore critical that the heavy haul railway industry embraces the future, leverages on its solid record of technical excellence and develops a new roadmap towards achievement of a digital heavy haul railway. There is a compelling case for accessing the affordable 4th industrial revolution technology solutions to improve operations, safety, and increase operations capacity without investing major capital.

Heavy Haulers have a unique opportunity to up their game and set out on a new path of sustainable growth. It is for this reason that the Theme of the June 2019 IHHA Conference to be held in Narvik, Norway, is “Heavy Haul 4.0 – Achieving Breakthrough Performance Levels”. This conference will coincide with the celebration of the 40 years anniversary IHHA members.

I am delighted to announce that in June 2018, IHHA has commissioned a study aimed at providing a Global Strategic view of Heavy Haul 4.0, an attempt to visualize the Heavy Haul Railway of the future. This project is titled:  “Development of the Heavy Haul Vision in the 4th Industrial Revolution – a 2030 Vision”. This study is conducted by IHHA member organizations, and will unpack how the future will look like on areas of Customer Experience, Operations, Rolling Stock and Infrastructure maintenance, Energy and Environment, Information and Skills of the future.

The outcome of this study on the 2030 vision development will be shared and discussed at the next IHHA conference of Narvik, Norway, June 2019.

The workgroup had their first meeting in Sweden September 2019. The team had robust discussion related to how the future will look like, and what strategies scan be implemented now for readiness.

Heavy Haul Railway industry is one of the few industries to collaborate at global level on one of the most critical elements of the business of the future, the 4th Industrial Revolution. This is premised on the fact that heavy Haulers cannot afford to experience negative disruption of their business model by the 4th Industrial Revolution. Instead want to take advantage of the new technological developments and significantly contribute to growing economies, making the world a better place.

The IHHA’s objective of Excellence in Heavy Haul Operations is supported by deployment and implementation of initiatives that will lower the logistic costs, improve safety, and service reliability.  This is a demonstration of the dedication and commitment of the Heavy Haul community globally.

“IHHA aims to take an Industry Leadership role in the 4th Industrial Revolution era, provide guidelines on strategic technical research to be conducted by Research institutions and institutions of higher learning, provide input to the OEMs and suppliers on type of solutions required by the industry”, said Brian Monakali, Chairman IHHA & General Manager at Transnet South Africa.

Application of Industry 4.0 solutions improve efficiency, safety and provide rail capacity in the most affordable manner
On 10-14 June 2019, the global railway community from over 30 countries will gather in Narvik, Norway, as IHHA will host their International Heavy Haul Association Conference. The Theme of this conference is “Heavy Haul 4.0 – Achieving Breakthrough Performance” and is perfectly relevant to the new paradigm shift of the 4th Industrial Revolution. Technical Papers that will give case studies on application of solutions of industry 4.0 nature will be share by railway experts. These will cover areas such as automation, data analytics, artificial intelligence, IOT, digital twins, Big Data etc. in relation to their application in areas of operations, infrastructure, rolling stock, maintenance, motive power and other traditional railway engineering areas.

“We got an overwhelming interest from the heavy haul community around the world. We needed to give priority and focus on the conference theme and it was a difficult job to say no to abstracts that would normally have qualified for an IHHA conference,” said Per-Olof Larsson-Kråik, Chairman of the Technical Committee, Adjunct Professor PhD, senior adviser Trafikverket. 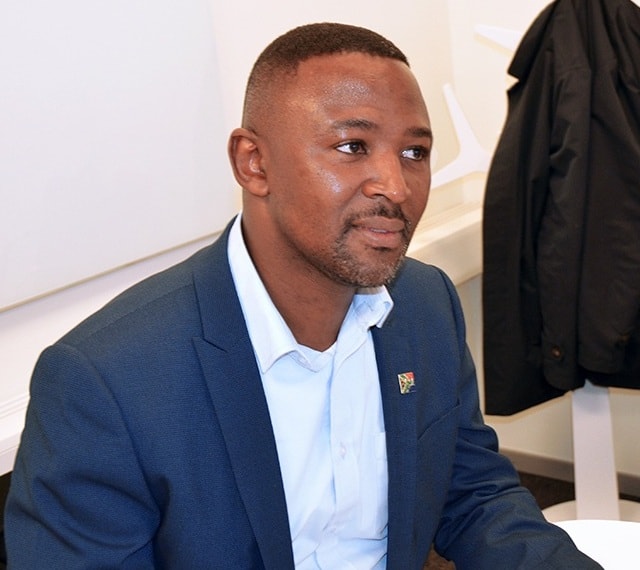 Positioning Singapore to stay ahead of competition

Heavy haul beyond the Arctic Circle

Heavy haul beyond the Arctic Circle