In April, the second conference “Safety of Vehicle – Safety of Passenger” on the safety of public transport passengers took place in Krakow. From the very beginning, its participants pointed out that based solely on statistical data, one can be led to the completely wrong conclusion that public transport is very safe and it is a non-issue, especially when you compare the percentage of victims in public transport accidents with car accidents.

The matter looks completely different when one looks at individual events. The last few years alone have witnessed such bus accidents as in Zurich (1 fatality and 44 seriously injured), in the Masurian Lake District (2 children dead, 17 injured), in Prague (3 fatalities, 30 injured) and Bavaria (18 senior passengers died and 30 were injured). As if to confirm the opinion of the conference’s participants, immediately after its conclusion another tragedy struck in Madera, where 29 people were killed and 27 were injured. To some extent, a similar state of affairs persists in tram transport, which can be exemplified by the last incident in Warsaw, in which 13 people were injured, while the notorious leader is the well-known disaster near London, in which as many as 7 people were killed and 50 were injured. And yet these are mere examples; many more such accidents have taken place. 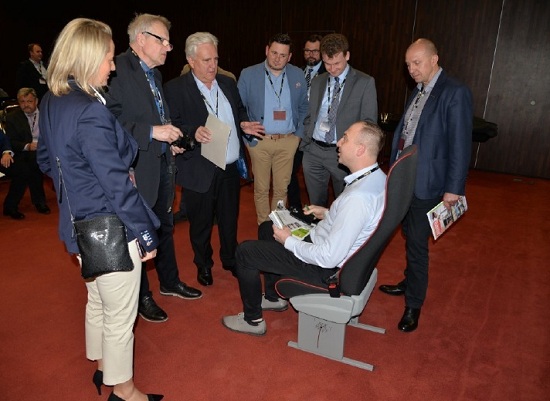 At the beginning of the conference, Pawel Paruch of Mobilis , Martin Atterhal of Nobina Sweden and Bogan Kaczmarczyk of Solaris Bus&Coach, as representatives of carriers, pointed out the important role that proper preparation and continuous professional development of the driver play in passenger safety. Such training should include a whole range of topics, including the manner of driving vehicles with multiple passengers onboard, checking the vehicle’s technical condition and reporting any potential defects, controlling passenger behaviour, and responding appropriately to incidents. Another often underestimated factor of great importance for the safety of passengers is the fastening of seatbelts on buses.

Unfortunately, the catastrophe in Madera can again serve as a disgraceful example, as it was only survived by those passengers who had fastened their seatbelts. This subject was discussed at length by the representatives of Ster, who additionally directed attention to the important fact that seatbelts and seats for adults completely fail to meet the safety requirements for transporting children. The size, weight and kinetics of small passengers are incomparable to those of an adult, and the size of the seats forces children to straighten their legs, which means that they may hit hard against the seat in front of them upon collision. This problem may be solved by the new-generation Combo chair, presented for the first time by Maciej Szymanski, President of Ster. It is made possible thanks to the use of a divided seat that easily adjusts to the size of the child and seatbelts that can be adjusted appropriately to the passenger’s height. In addition, the new-generation seats allow you to check how many people are on the bus and whether all of them have fastened their seatbelts, as well as record passenger preferences for choosing a seat and their behaviour during the journey.

Krzysztof Nowak of the Inspectorade of Road Transport (WITD) in Bydgoszcz presented a wider problem on the basis of a specific road incident. The example was that of a bus accident in which a breakage of the steering pin caused the vehicle to fall off the road, leading to the death of two people and serious injuries of nearly 30 others. This shows how much work still needs to be done, especially in the field of road vehicles. This immediately begs the question of how it was possible for a bus in such a technical condition to transport people. What did its periodic inspection look like? What happened to the carrier’s attention to the safety of their passengers? After all, the wear and tear of that component must have been visible much earlier, before the tragedy took place. 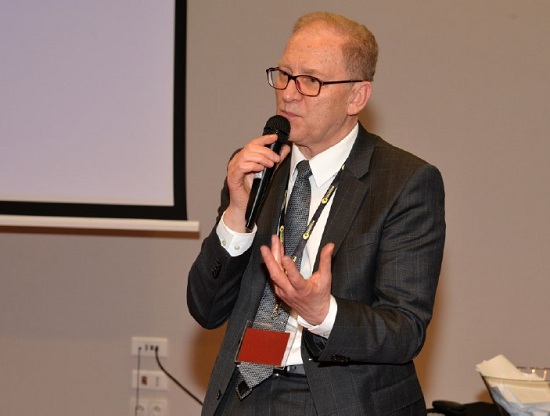 Agnieszka Pastuszek of the Polish Association of Coach Carriers drew attention to the technical condition of school buses. This field requires immediate regulation, especially in terms of buses rented occasionally for the purpose of transporting children and youth to such destinations as swimming pools, theatres and school trips. Decisions about choosing a carrier are almost always made by people who are completely unprepared for the task — usually one of the members of the parent-teacher association — and the only criterion is the price. When going on holiday, adults care for taking the trip in a comfortable, relatively new and well-equipped bus. The same adults allow their children to go to the swimming pool or on a school trip in a worn-out vehicle lacking seatbelts and other security measures.

Another problem, this time concerning seniors and obese people, was discussed by Professor Janusz Kajzer of Kabimec Sweden. Research shows a significant increase in injuries involving both groups, which is caused by longer reaction times of the elderly, decreased body strength and, in the case of overweight people, greater g-forces. Furthermore, they constitute a large percentage of injuries in non-collision accidents, e.g. in the event of sudden braking, turning or acceleration.

According to research carried out in Sweden, most of these injuries are not recorded by the police or reflected in the statistics, while non-collision accidents may be just as dangerous as collisions, especially for standing passengers and those who get hit by such passengers. A system which may significantly limit accidents at low speeds was presented by Mariusz Biela of El-Cab. It was a new blind spot monitoring system, also available in articulated buses, which warns the driver of potential collisions ahead of time.

Professor Robert Thomson of Chalmers University talked about what the future has in store for us, i.e the safety of autonomous vehicles. We are currently at the stage where the driver makes all decisions and assumes full responsibility for them, while driver-assistance systems are supposed to help him make sure that his decisions are correct and always timely. The introduction of full vehicle autonomy should shift the liability for any potential events onto the vehicle, i.e. the manufacturer. And what would such a liability look like, for example, in the case of an accident affected by a sudden weather change? We still have no answers to such questions; for the time being, automation can greatly facilitate and increase the safety of driving, but it cannot completely replace a human being.

Autonomous vehicles are still in the future, while electric buses can already be commonly found on the streets of many cities. Their safety was discussed by Bogdan Kaczmarczyk of Solaris Bus & Coach and Mariusz Biela of El-Cab, who presented the latest early warning system against temperature increases, e.g. in electric wires. It consists in fitting all critical areas of the vehicle with a fibre optic cable that uses a computer system to provide the driver with very precise information on any changes in temperature and their location. In turn, Anders Gullikson of Dafo Sweden showed a firefighting technology which prevents the passage of smoke to other spaces and stops the fire from spreading onto the remaining batteries in the event of a battery fire in an electric bus. The action of the extinguishing agent is long and effective enough to provide sufficient time for evacuating the passengers.

To round off the subject matter and show the full picture, the situation of public transport security was also presented from the legal standpoint. Artur Golowicz of the Motor Transport Institute explored the applicable regulations in the field of passenger safety and the proposed changes concerning vehicle approvals, while issues related to international certification of bus, minibus and tram seats were presented by Petr Pavlata of Vision Consulting Automotive.

The whole discussion took place in the spirit of care and responsibility for safety in public transport vehicles. The existing threats were pointed out and the negligence and omissions of numerous people and institutions, as well as the weaknesses of the inspection system, were criticised in an often emotional way. On the other hand, solutions for greatly improving the comfort and safety of passengers were presented. This can be best exemplified by the novelties, including the new-generation seat from the Ster company, the blind spot monitoring systems for buses (including articulated buses) and precise fire hazard detection systems presented by the El-Cab company, and the battery fire detection and suppression system for electric buses shown by the Swedish company Dafo.

To sum up the conference, its participants have prepared a Memorandum which calls for the introduction of protective measures and is to be sent institutions, organisations, ministries, public media, insurance companies and all those who may have an impact on the safety of our relatives, friends, and ourselves. The participants of the conference have expressed their readiness to cooperate with any official bodies, institutions or people who would like to contribute to improving passenger safety.