Turkish Cargo, the successful air cargo brand of the flag carrier Turkish Airlines, has been awarded with the Fastest Growing International Cargo Airline of the Year at the International Award for Excellence in Air Cargo ceremony organized by Stat Trade Times magazine. 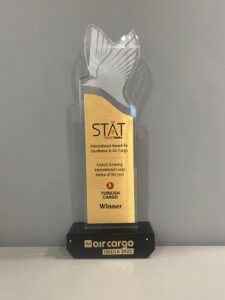 Commenting on the award; Turkish Airlines Chief Cargo Officer Turhan Ozen, declared: We are pleased and honored to be announced as the fastest growing air cargo brand in the globe once again. I would like to thank all our colleagues who have participated in this success.

As Turkish Cargo; we are at the center of the rapidly growing and developing logistics industry with air cargo services to 132 countries worldwide. With the awareness of this important position, we are raising the bar for success every day. With the strength of Turkish Cargo infrastructure and technology investments, its wide network and unique geographical location; we aim to make our brand one of the top 3 air cargo carriers in the world.

Participants from the air cargo industry, agencies, customers and readers of the global air cargo industry voted for the Stat Trade Times awards, which is considered as one of the largest and most prominent events in the Asian air cargo market.

The award ceremony, which took place in Mumbai, India, brought together industry professionals and air cargo companies from all over the world. Turkish Cargo executives who attended the ceremony received the “Fastest Growing International Cargo Airline of the Year” award.

In addition to the prestigious award given to Turkish Cargo; the ceremony, in which awards went to more than 20 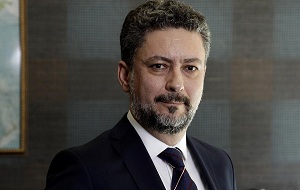 categories, ended after the gala dinner where the achievements were celebrated.

Providing sustainable growth with its infrastructure, operational capabilities, fleet and expert staff and becoming the 5th largest air cargo brand in the world by the end of 2021, Turkish Cargo aims to be one of the top 3 air cargo brands in the world. With its perfectionist service approach, the carrier is among the first choices of global companies in their search for reliable business partners.

Electric Cars Are Green, But It Is Tricky To Comprehend

International Airlines Group Finalizes Agreement for Up to 150 737 Jets

Electric Cars Are Green, But It Is Tricky To Comprehend