In 2021, the R&D Center of Unitsky String Technologies Inc. was visited by numerous high-ranking guests from different countries.

For the past six months, the media often wrote about the R&D Center of String Transport in Sharjah (UAE). The media reported on the visits of politicians, diplomats, representatives of transport industry… Here are just some of the top-ranking guests. King Letsie III of Lesotho, Colombia’s Transport Minister Angela Maria Orozco Gomez, Brazilian Ambassador to the UAE Fernando Luiz Lemos Igreja, Rwandan Ambassador to the UAE Emmanuel Hategeka, owner of a large construction company in the UAE Mawarid Group Mohamed A. Al Eid, Brazil’s first astronaut Marcos Pontes, as well as many other distinguished people.

What is string transport? Why do such top tiers are so captivated by it?

String transport is developed by international engineering company Unitsky String Technologies Inc. headquartered in Minsk (Belarus). This organization is involved in design, construction and certification of second-level urban and cargo transport and infrastructure complexes. Unmanned rail electric cars (see the photo) travel on an elevated string track with a speed up to 150 km/h.

What else do we know about this technology? It appears to solve the primary problems of conventional transport. We mean traffic jams, accidents and environmental pollution. Intriguingly, some people were skeptical about string transport at the beginning. However, the time seem to have set things straight. Alongside the activities of Unitsky String Technologies Inc., the arguments of critics seem absolutely inconsistent and sometimes even ridiculous. The skepticism slips away every year. Frequent visits by public authorities and businessmen prove this. Who doubted the project? And how the criticism was refuted?

Back in 2006, Russian University of Transport (MIIT) prepared a negative judgment on string transport. The reasons were revealed later. It appeared that the inspection was carried out based on insufficient data on the technology and within a limited time — just two weeks. These are the words of the institution’s representatives. It’s interesting that their evaluation was based mainly on the information from the Internet and media. To say the least, the assessment was made incorrectly. The responsible people did not even look at the analytical models and diagrams, including the results of the R&D work and design documents.

However, 11 years later, MIIT reviewed its decision. In 2017, the test center of Unitsky String Technologies Inc. in Belarus was visited by Doctor of Engineering Vladimir Fridkin who represented the University. He said that now he gives only positive assessment of string transport despite the doubts of the past. 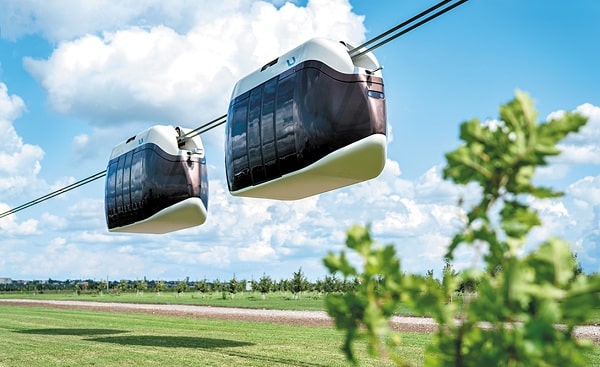 Doubts from individual journalists were not confirmed

In one’s time, some media, initially critical of everything new, reproached the company for the lack of string transport models that could be tested. However, soon after, the company not only presented a number of real models, but also built two test centers (in Belarus and in the UAE) where rail electric vehicles can be tested in action.

Then “gumptious” journalists hammered out a new reason for criticism. They began to twit us with the fact that the safety of string transport had not been proven and that there was no certification received. But even this attack was soon repelled by Unitsky String Technologies Inc. In 2021, an international independent organization — TUV SW Standardization Certification — confirmed the safety of string transport in the UAE. The certificate of conformity confirms the safety of the entire transport and infrastructure complex: overpasses, steel-wheeled electric vehicles, anchor and intermediate supports, as well as passenger and service stations.

In the same year Unitsky String Technologies Inc. claimed that its transport and infrastructure complexes are ready to join global logistics. In summer 2021, CNN published an article saying that string transport can help decongest the cities. At the same time, Construction Week, the Middle East’s largest construction magazine, put a photo of string transport on the cover and devoted several pages to it. The author noted that the introduction of the transport system by Unitsky String Technologies Inc. would help to save a large number of people from road accidents. Another renown portal The National also paid heed to the string technology. The publication mentioned that it is much cheaper to build such transport systems than to construct conventional railroads or asphalt roads. 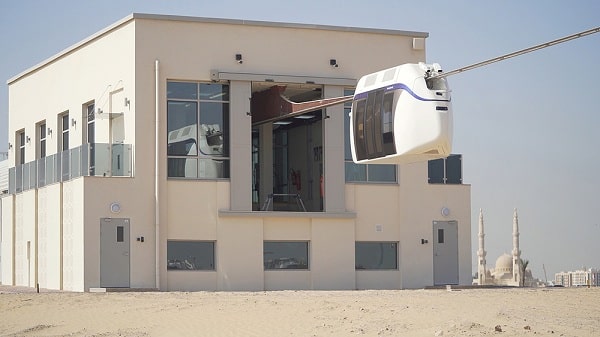 The company does not stop on what have been achieved

Meanwhile, the company continues to evolve. The prospects include the connection of the SRTI Park in Sharjah with the string rail track, as well as confirmation of the nominal speed of 500 km/h by 2025. At the moment, the engineering and design team is constantly working on the implementation of the project and the allocation of land for the high-speed track is being negotiated. At the end of 2021, Unitsky String Technologies Inc. was included by the Belarusian Chamber of Commerce and Industry in the list of bona fide partners for business activities both in Belarus and abroad.

String transport seems to have great prospects to be found everywhere over the coming years. As you can see, even ardent critics after a while are ready to take back their words, because their claims contradict the actual results Unitsky String Technologies Inc. demonstrates today.

Fast Corridor Is A Vision MSC Has For Italian Rail Freight

International Airlines Group Finalizes Agreement for Up to 150 737 Jets