GRAHAM takes to the stage at Broadway

GRAHAM has secured its first ever contract with Transport for London (TfL) following the successful award of the ‘55 Broadway Implementation Works project’.

The central London scheme at 55 Broadway, a Grade I listed building overlooking St James’s Park, involves the soft strip out of the existing restaurant kitchen, the demolition of the internal walls, including a vault room, and minor enabling works in line with the 2016 planning consent.

It also consists of the modification of the existing façade at the rear of the building, which requires the removal of the ‘Crittal Windows’ and the installation of UKPN approved louvre doors for a new sub-station. 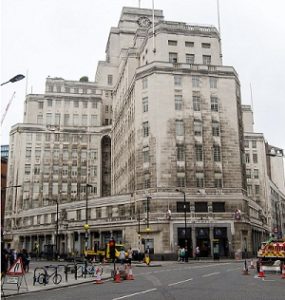 The works programme work began in December 2018 and is due to be completed by Spring 2019.

“We are delighted to have been awarded this strategically important project in central London. It represents our first ever contract with Transport for London, which is a major coup for us. We believe this Broadway scheme will allow us to work collaboratively with TfL and will demonstrate our technical competency and professionalism.”

In 1927, when the Underground Group decided it wanted its new headquarters – 55 Broadway – to reflect its bold vision of the future, they hired architects Adams, Holden and Pearson for the job.Built between 1927 and 1929, 55 Broadway was immediately considered a radical building, and not just because of its height as London’s first skyscraper. A number of contemporary artists were invited to sculpt decorative features into the stone façade and some of these were deemed to be offensive. However, the radical approach paid off when The Royal Institute of British Architects acknowledged Adams, Holden and Pearson’s work on 55 Broadway with the London Architectural Medal in 1929.

American Airlines Welcomes Its Newest Aircraft to the Fleet

In 8 Years, Indian Port Capacity Doubled, As Per PM Modi

American Airlines Welcomes Its Newest Aircraft to the Fleet